America Is Not What You Think It Is: Immigration in 2020

When I look around my little farming community that straddles the southern edge of Allentown and the suburban edge of Bucks and Montgomery counties, I’m energized with the change that comes with every new wave of immigrants here. My house sits exactly 1.5 hours between the bustling streets of New York City and the crowded row homes of colonial Philadelphia. In between, are Americans living their everyday lives as Democrats, Republicans, or whatever political persuasion they espouse or ignore. These are the people candidates claim to always be fighting for during election years. These are the people, in my state, in fact, that candidates will be pandering to, and that’s great I guess, but there’s a subset of new voters they need to be appealing to in the next few months, and I don’t think either group really is. Nestled in among those native born Americans are my students, all immigrants and all working to become voting Americans as you read this.

While my house celebrated Christmas and Hanukkah a few weeks ago, with music, traditional Puerto Rican, Southern, and Jewish foods, my students mostly worked. Very few had more than one day off during the entire holiday season. Some had none. The vast majority of them work 10 and 12 hour days in warehouses in the Lehigh Valley and then come to my class for three hours, three nights a week. Their jobs are grueling and don’t pay very well. They work as home health aids for people who sometimes call them racial slurs and demand that they “speak English” even though they’re speaking English very well. Americans just sometimes get offended even at accents. I often have to warn my students of this, of how there might be very little toleration for their “otherness” in some households and in some neighborhoods, because America is a big country where people don’t have to venture outside of it to experience just about everything. And I don’t pretend to believe that this doesn’t happen in other countries, too, because it does. It’s just that none of us–neither my students nor I–live in another country. We live here, in America.

My students come from the Dominican Republic, Puerto Rico, Guinea, Egypt, Syria, Algiers, Mexico, Cuba, Guatemala, El Salvador, Ecuador, China, Vietnam, Venezuela, Chile, Bolivia, Peru, Nicaragua, Russia, Ukraine, Belarus, Myanmar, and many more places than I can’t even remember to include in this list. Since 2013, I’ve taught international students English, and in teaching them, I’ve learned so much about where they come from and how difficult it is to survive everyday life in the United States, 2020. I knew something about immigration before I taught international students, as my stepmother came to America from Thailand in 1983. I know that my own great great grandparents were Jews who fled a very antisemitic Hungary, Bulgaria, and Slovakia just before World War I. My husband’s parents came from very impoverished childhoods in the mountains of Puerto Rico. My family has an understanding of what it means to be a minority, to be different than the dominant Anglo culture that has always tried to control the cultural norms of the United States. But, I didn’t personally flee a brutal communist regime or grow up malnourished in the Caribbean. I was born in this great country and with all the privileges that affords me.

One of my former students from Venezuela recently contacted me to tell me that he finally has a work schedule that will allow him to return to classes. He’s married with a small child, and he and his wife have to take crazy shifts to make sure one of them is always home for their daughter. Only one of them could afford the time to take classes, and they wagered that he was going to absorb the work faster since he had already learned some English in Caracas when he was a university student over 20 years ago. He was in my college English class only three weeks when he had to drop out to better support his wife and child. Better English means better opportunity, means better pay. When my students can’t finish classes, they can’t move up any higher towards this thing we’re all reaching for, the ever elusive American dream. 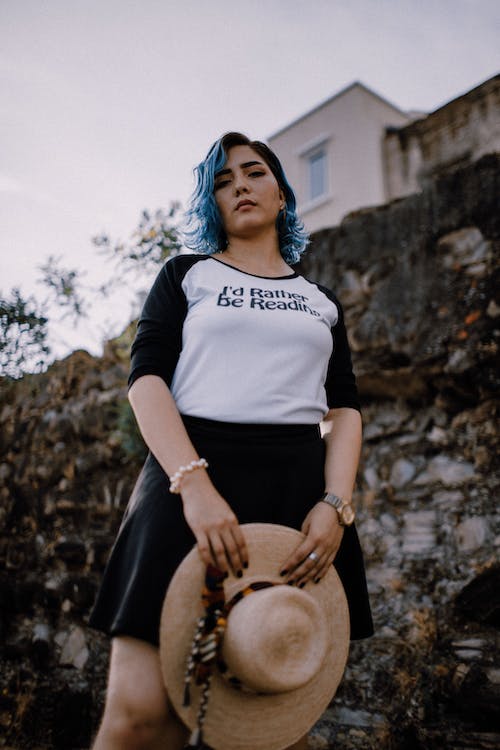 Yes, Americans face these challenges, too, but imagine if losing your job to a layoff, or something else out of your control, meant that you might be forced to return to a country with a brutal dictatorship? Every one of my students who fled Venezuela or Syria has left behind missing, maimed, or murdered relatives. What of my Cuban students, or the ones from Eastern Africa, where El Shabaab has made a comeback? I know stress. I understand the dire straights of maybe not having enough money to feed my children. I’ve been there several times as, both, a child and an adult. But what about not having enough money to feed your children, because you can’t work anymore and now that means deportation? No matter how upstanding you are, no matter how hard you work, no matter how dedicated your are to America, you could get sent back to the government that wants to kill you. That’s the reality many of my students face. When you think about this, does it change how you feel about immigration and immigrants in this country? Documented or undocumented? Does it change how you think you might vote in November? 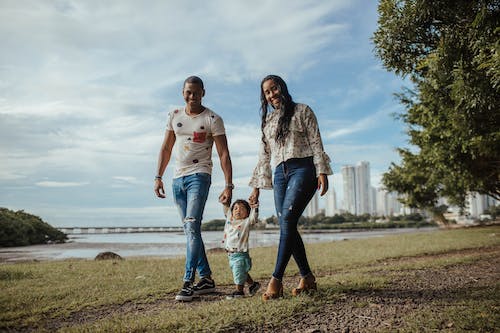 In the news this weekend, President Donald Trump ordered the death of an infamously violent Iranian general, Qasem Soleimani. There have  been rumors throughout social media that Iranian-Americans are being stopped at the border and interrogated. I don’t know if this is true. I haven’t yet seen this corroborated on an American news source. However, considering the travel bans of 2016 and 2017 against Syrians and Venezuelans who were seeking asylum in the US, I certainly wasn’t surprised to see these suggestions circulating the internet. Of course, it could all be Russian bots, too, and are we really ready for all that again?

After finishing a season of the purported miracles of Hanukkah and Christmas, it’s important that we live out the traditions of our faiths in our lives. Otherwise, why celebrate them at all? Hanukkah tells of the lamp that kept burning long after the oil went out. That’s like my students and their never ending work ethic long after their energy resources have been clean depleted. They still believe, they still hope, they still move forward, because they don’t have time for sitting down to cry. That’s like their faith in this great nation that doesn’t always show them kindness, love, or acceptance. I think of the miracle of Christmas, and how the Holy Family was turned away at their most vulnerable stage, and I wonder how valid any of these holy days are to us if we can move along in life without supporting the immigrant population among us. Why celebrate the miracles of political revolution and salvation through ancient immigrants if we are like the innkeeper, turning away one after another before they can even tell us their stories?

In 2020, you’re going to hear more about my people, the people I serve in everyday life. You won’t know their names, and you won’t always know where they come from, but you’ll hear their stories and you’ll learn about the hidden people and places that make it possible for you to shop at The Dollar Tree, buy Nikes on the cheap, get your groceries delivered to your house, sleep in a clean hotel bed, leave your elderly father in a safe and loving environment. They’re the people who are probably going to be taking care of you when you’re old, so maybe now is a time for an attitude change if yours stinks. And even if you skip these portions of my blog posts, or stop reading altogether, eventually these people will become well melded into the fabric of American culture, having done so while others who feared outsiders were busy insulating themselves into the tight sameness of their fictional communities between one big city and the next. 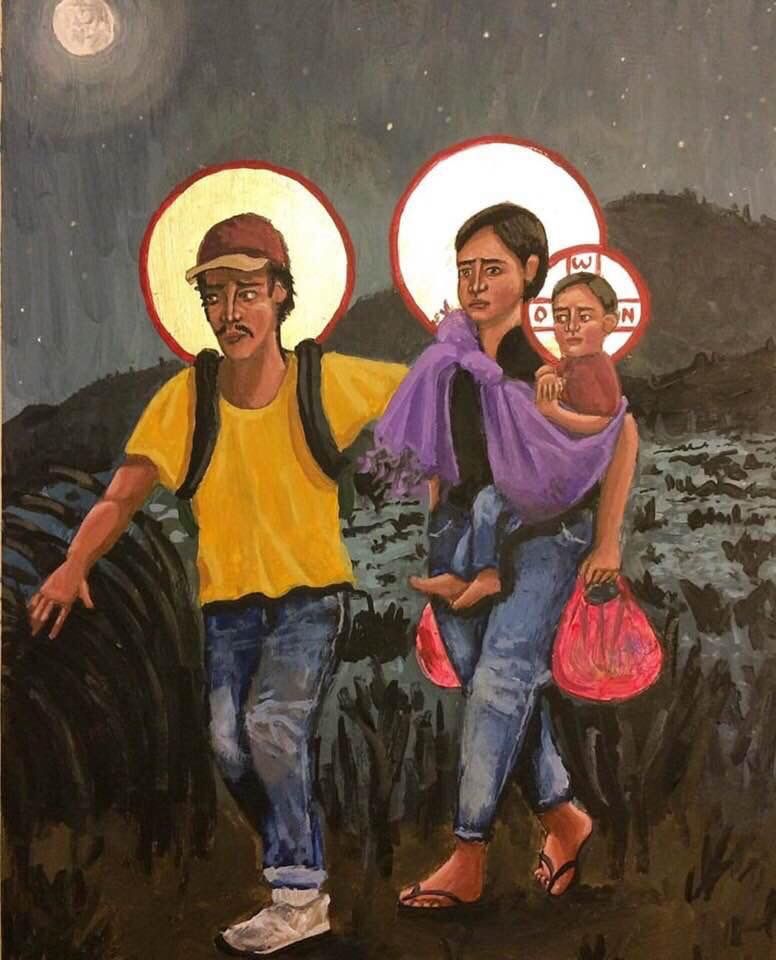